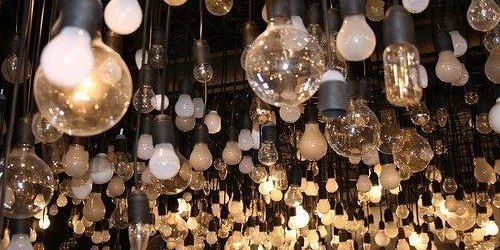 Two things I’m involved heavily in are web & app development, and filmmaking. In both of these growing fields you often hear people talk about ideas like they’re worth something. They’ll be amazed at an idea behind something successful, or dismayed when someone else is successful with an idea they had first. They’ll talk about talented people in terms of them having “great ideas”.

“Hey, I’ve got this great idea for a (web/app/compact four wheel drive). How about you build it and we split the profits?”

This ingenious business proposal generally causes the developer to laugh a lot.

Execution is what matters.

It’s a big world. Everything you think of has probably been thought of by someone else. The difference between ideas that become successful and ideas you never hear about are how well that idea is bought to fruition.

Speaking of fruit, Apple are a classic example. There’s nothing special about their ideas, broadly speaking. Pretty much every successful Apple product had a competing predecessor. They took a established ideas and built products that actually worked. It wasn’t the ideas that redefined the market, it was the execution.

On paper, there wasn’t anything especially significant about the iPhone. Not only were there already phones with all those features on the market, there were phones with a lot more features. So why did the iPhone turn the market upside-down? It wasn’t because Apple are fashionable, or because the iPhone was a great new idea.

Despite what a lot of people think, Apple are a massive success because of how much they value execution over ideas – if they can’t get the execution right, they won’t put a product (or feature within a product) to market. Many other companies flail about trying to make money off ideas that were good, but they could never quite get right.

“I’ve got this great idea for a film. It’s going to be really good. No, I haven’t written the script yet.”

New filmmakers, or people who talk about being filmmakers, say they think they’re going to do well because they have some great ideas. Anyone with any real experience in filmmaking internally snorts when they hear that.

If you’re going to be a good filmmaker, you don’t just need some good ideas, you need a crapload. Because the really important part comes when you develop an idea. That’s when your initial ideas get winnowed away and you need new ones to keep building your story.

No one cares if you have an amazing idea for a film or TV show. No one’s going to hand you a bunch of cash for an idea. Turning ideas into something that actually engages an audience is a process that takes skill, patience, and a lot of hard work.

And that’s just getting to the point where you have a script – let alone shooting and cutting it.

It’s worth mentioning that in Australia, ideas literally aren’t worth anything. You can’t copyright an idea, you can only copyright work. If you tell me an idea for a film, I can make that film and owe you nothing. If you write a 3-page treatment for a film and I make that film without asking, you can sue me, because you actually created something that I stole.

So why do people talk about ideas like they’re what matter? Simple – it’s hope. Ideas are seen like winning lottery tickets. Humans are always looking for a shortcut. It’d be great if you could just come up with an original idea and money started flowing into your bank account.

But that’s simply not the case. Apart from a few odd examples here and there, every success story has years of hard work behind it that you don’t generally hear about.

People love hearing the stories of products that take off and make the creators millionaires overnight, but you don’t hear about the sacrifices it took to get to that night.

Ideas are great. Ideas are important. But they’re just part of the process. Don’t mistake them for something of value. Learn how to execute your ideas, and then you’ll be getting somewhere.